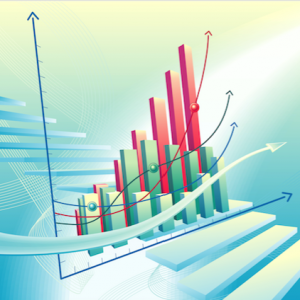 Looking Back at May

As expected the market volatility has continued throughout this month.  Some positives for the market were: Oil prices have receded from their highs, the ten-year treasury bill has temporally dropped below 3%, and a new law was signed into effect which should give the smaller banks a less stringent regulatory environment.  This should help smaller banks compete with larger ones. Negatives for the market were generally geopolitical in nature.

In March, President Trump announced plans for steel and aluminum tariffs, but granted some exemptions while countries negotiated.  Beginning June 1st all tariffs are back in play. The reasons cited were lack of progress on new negotiated deals. We feel the U.S. will prevail with better trade policies.

Another smaller down side that has taken place the last few days of the month is the financial stability of Italy.  Government borrowing costs are skyrocketing. Investors are worried that Italy may drop out of the Eurozone and its common currency. If Italy were to pull out, the effects would ripple through Europe with Spain being the next to drop out of the euro.

Looking Ahead to June

U.S. economic data is growing stronger as the year progresses.  The May jobs report was very good. We expect growth in our economy to continue.  We do expect volatility to continue with the new tariffs that went into effect June 1st, our approaching elections, and the problems with European economies.

The summer is typically when many investors let their investments sit, so action in the market is often more volatile because fewer investors are participating.  As investors, not traders, we need to look past the summer and into the fall. As interest rates begin to trend higher, we believe that our allocations should tilt away from fixed income.  We feel that the summer will still bring geopolitical tension to the market, but the strength of the U.S. economy is strong and should push equities higher as me move into the 4th quarter and beyond.  We will continue to closely monitor economy developments as well as global events that effect the market.